She’s developed online training which addresses sexual harassment in a professional environment. The initiative, Ryley Learning, can be used to educate employees on how to prevent, identify, and report misconduct.

Now a Toronto-based human rights lawyer and an executive of the Ontario Bar Association’s labour and employment section, Ryley charts her work back to campus. During her time at Queen’s, Ryley observed sexual harassment on campus, and it left a lasting impact.

“In your undergrad, you’re developing your political ideas. These events informed my thinking at the time, and looking back, I can see how it lead me in this direction,” she said.

“I’ve litigated many sexual harassment cases over the years and wanted to move from proper practice to this business of providing training,” Ryley told The Journal in an interview. “It’s a way to make an impact among more people.” 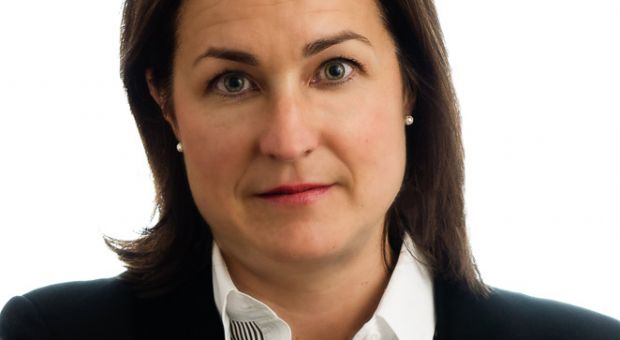 The platform has been available for the past year, after development started two years ago.

“It’s a pretty powerful learning management system,” Ryley said about the course, which is available on smartphones and tablets, as well as computers.

While accessible, it also provides a required service. In 2016, Ontario’s Occupational Health and Safety Act was amended to mandate all employers provide training on workplace sexual harassment.

“There’s more of a need for this training in terms of complying with the legislation in Ontario,” Ryley said. “A lot of the U.S. jurisdictions have this too, California, New York, more and more provinces and states are coming on board to make sure it’s mandatory.”

However, the implementation of workplace training isn’t motivated by legislative compliance alone. “It’s about preserving the value of your company and its reputation,” Ryley said.

The employee’s progress through the training can be tracked by the employer, making it easy to ensure employees complete the course and for companies to certify compliance with legal requirements.

The training is comprised of four 10 minute animated videos and interactive exercises, and follows employees and employers at a hypothetical company experiencing sexual harassment. The user either witnesses harassment or is a manager who has to appropriately deal with the situation. It also features content specifically addressing orientation and gender identity.

The initiative builds on experience Ryley first gained as an undergrad at Queen’s.

In her first year, the University garnered media attention when male students displayed signs in their residence windows, responding to a “No Means No” campaign on campus.

As previously reported in The Journal on Oct. 13, 1989 in an article titled “Residents try to ‘lighten up’ campaign,” the slogans used included “No Means More Beer,” “No Means Kick Her in the Teeth,” and “No Means Harder.”

Ryley called the fall semester of 1989 “pivotal” for her.

“I was in first year and I remember walking across from my residence in Morris Hall to have lunch in Leonard Hall and seeing the signs for myself.”

“I remember feeling very shocked. It was a learning moment,” she said. “Then there was the Montreal massacre that December. It was a very heated political time on campus.”

Following the pressure from groups on campus, Queen’s committed to a women’s safety audit and donated financial support to the Kingston Sexual Assault Centre, among other actions.

Later, she founded The Queen’s Feminist Review, an academic publication for papers written by women and chaired the Queen’s Women’s Issues Committee in the AMS.

Referencing her recent work, Ryley said she “didn’t learn the same things as commerce students, but here I have a business about public policy, about the law, about human rights and it all matters.”

Ryley said she believes “in terms of students, it’s important that young people know their rights in the workplace.”

“Whether you’re working on campus, or in Kingston at bars and pubs and other businesses, it’s important that young people know their rights in the workplace,” she said. “You have a right to a safe workplace, you should know what the policy is and what behaviour is not acceptable.”